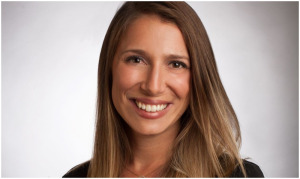 Reporting to Ben Samuel, Creative Director, Development and working closely with Jonathan Chinn and Simon Chinn, Laufer will be responsible for driving the company’s US development slate, focusing on premium returnable series for streamers and broadcasters as well as limited series and feature documentaries. As part of Lightbox’s Los Angeles and London-based development team, she will also help create content which will have international potential for both the UK and North American markets.

Nicole Laufer joins Lightbox from Lionsgate Television, where as VP, Alternative Programming she was responsible for spearheading development for the studio’s non-fiction group. She developed and sold series across all cable networks and streaming platforms like Chasing The Cure, which simulcasted on TNT/TBS, The Ho’s for HBO Max, You Kiddin’ Me for Facebook, as well as projects for FOX, Quibi, Netflix, Starz, and Comedy Central. Previously, Nicole was Director of Development at Propagate Content, working with the team to develop Apple’s first unscripted series Planet of the Apps, Amazon’s hybrid series Lore, and Haunted for Netflix, amongst others. She also held roles at ITV Entertainment.

Simon Chinn and Jonathan Chinn, co-Founders of Lightbox said: “Nicole’s experience in developing series for streamers such as Netflix, Apple and HBO Max, more traditional broadcasters, and newer platforms such as Quibi makes her the perfect fit for Lightbox as we continue to grow the business internationally. Working with Ben, she’ll be focused on developing returnable premium series for the US market as well as diversifying our content offering for a range of international platforms.”

Nicole Laufer added: “Lightbox is one of the most exciting media businesses around with an impeccable reputation of creating compelling and thought-provoking content. I’m really looking forward to working with the development and production teams to continue the company’s growth and success.”

read more
previous
back to news
next